Max Ferrigno, born in Casale Monferrato in 1977, is a pioneer of the contemporary art movement New Italian Pop and the popsurrealist phase of the artist began in 2005:
He started work as an interior decorator straight after obtaining his artistic diploma, by doing so he managed to keep a strong link with art. In his little art studio, for thirteen years, shaped the fantasies of his numerous clients. He drew trompe-l’oeil for shops and apartments, backdrops for theatrical agencies, made sets for Gardaland, Eurodisney, Mini Italia, CowBoy Guest. He travelled a lot. At the same time his first part of his artistic path took shape: a long series of works dedicated to Mexico to Africa and to South America concentrated on ‘burro’, a donkey that symbolises the renewal of the social, cultural and historical view of the world.

But it was in 2005 that his artistic sensibility received a strong tremor, so strong that it redefined everything he had created up to that moment. He started watching the old Japanese cartoons again, to listen to TV theme tunes. Suddenly the echoes of the childish memory became the font of an explosion of ideas and projects. And this is how the ‘popsurrealist’ phase of Max Ferrigno began, where the characters of the cartoons, the ‘merendine’ and the toys of a generation become ‘live actors’ in his works through a triumph of vivid colours, intense and dissonant. A language that seems to be destined for children but that in reality it is aimed at adults.
What strikes, in fact, is the expressive power that comes through his canvas: emotions, states of mind, smells and flavours.
In November 2010 he exhibited his first important collection in Milan ‘Les Sucreries’ , a success that called for the attention of many critics and fans of popsurrealism. Since 2011 he is officially among the artists of the Mondo Bizzarro Gallery in Rome. His artistic sensibility underwent such a strong shock that he redefined everything he had created up to that point. Some of the artist’s works are particularly suitable for being transformed into tattoos. Between a “Goldrake” in strong colors and with a Sicilian aesthetic, the scepters of Creami or Sailor Moon or even the tattooed Pin Up, the most recognizable work of Ferrigno remains “Rosy Sinibaldi”: a singular tribute that the arista has wanted to do to the city of Palermo through an unpublished portrait of Santa Rosalia, a young patron, when she decided to move from Turin. 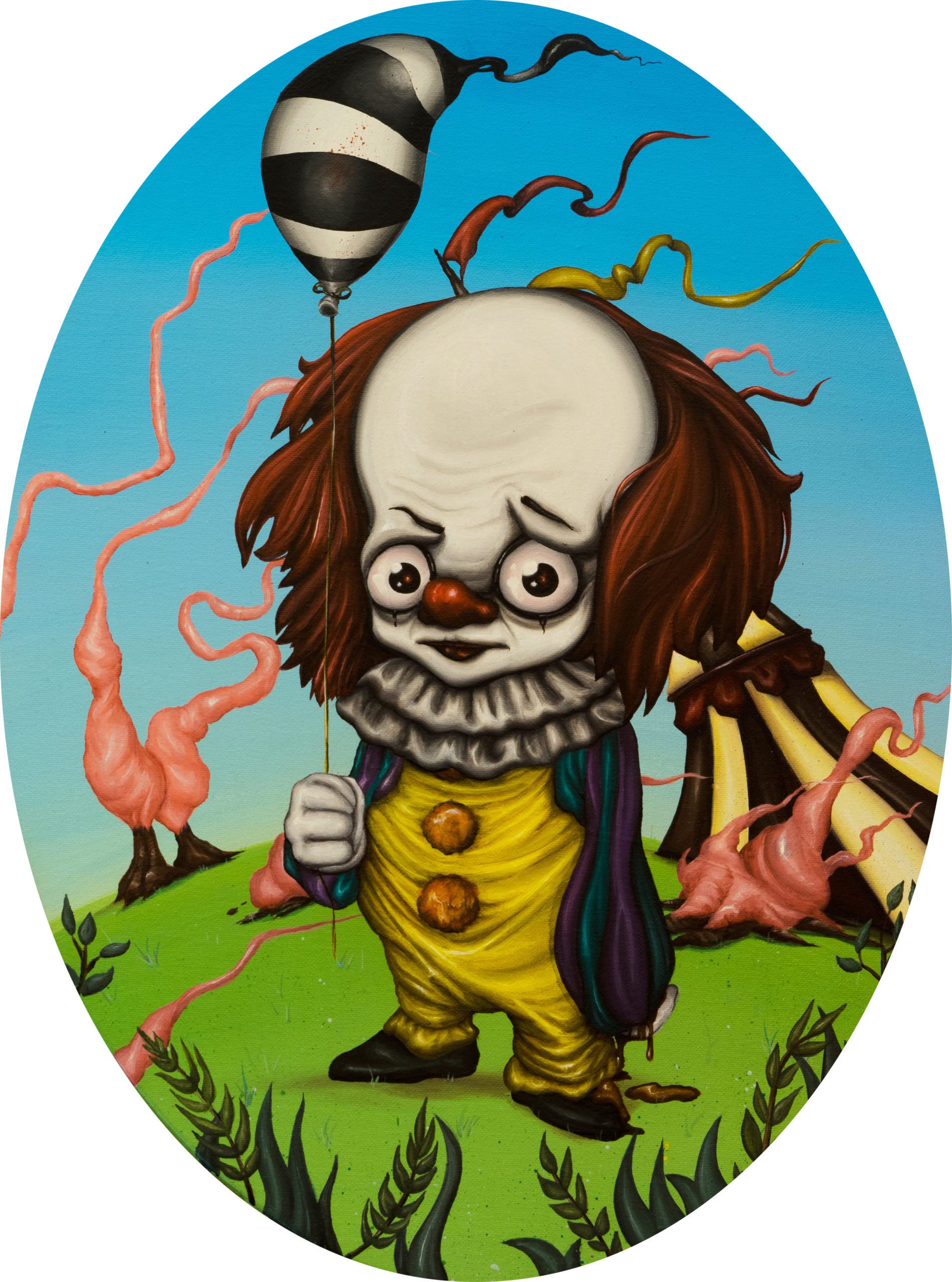 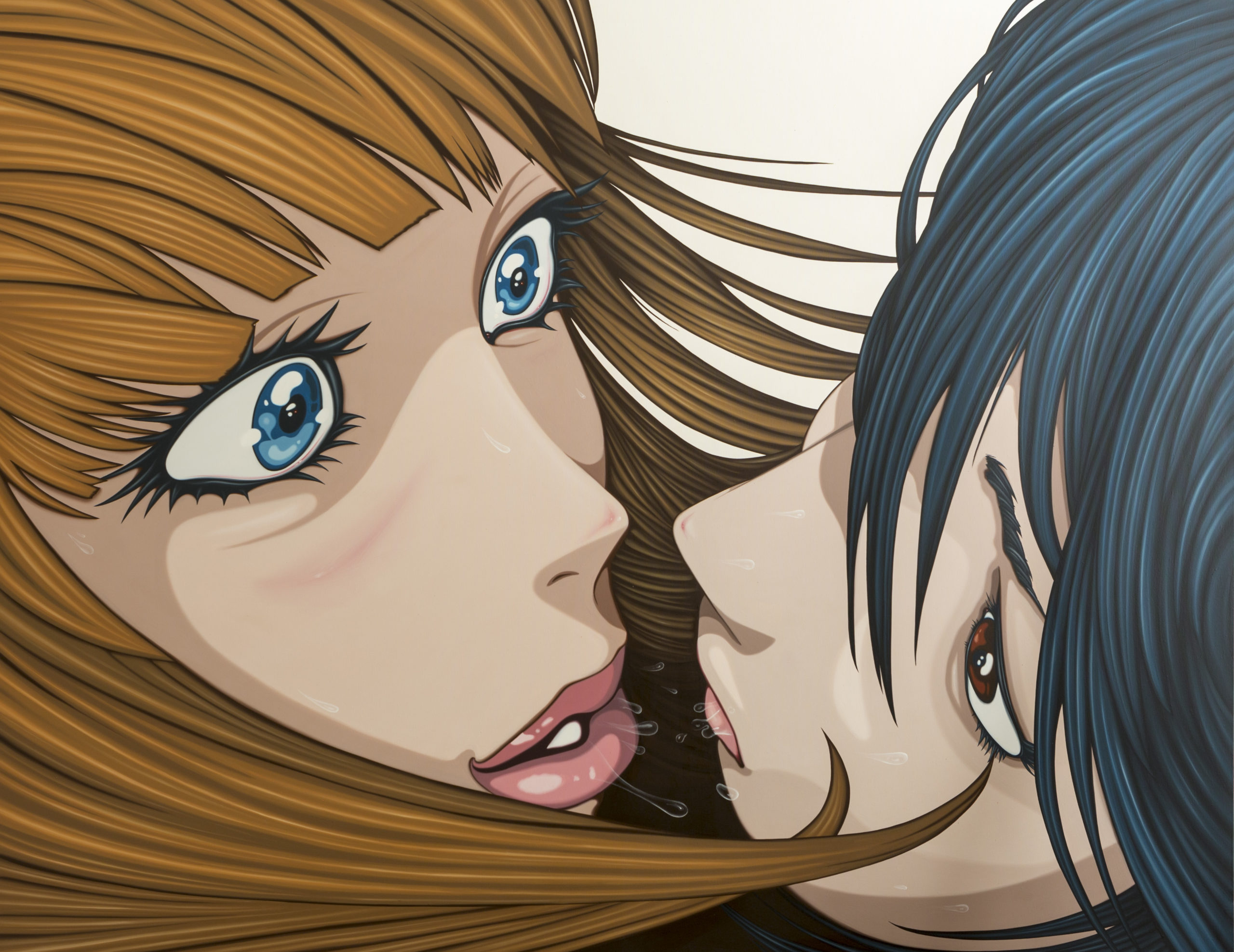 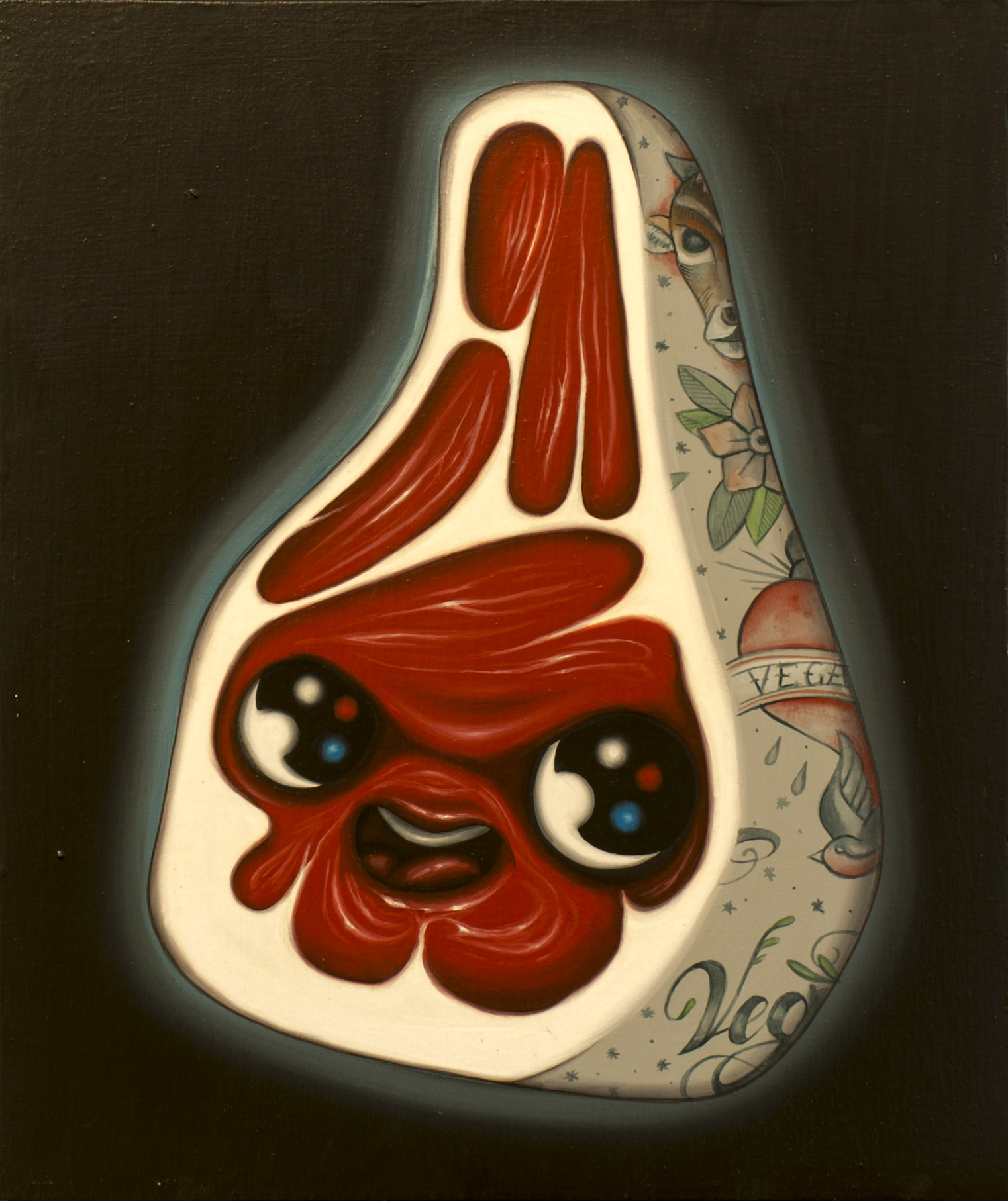 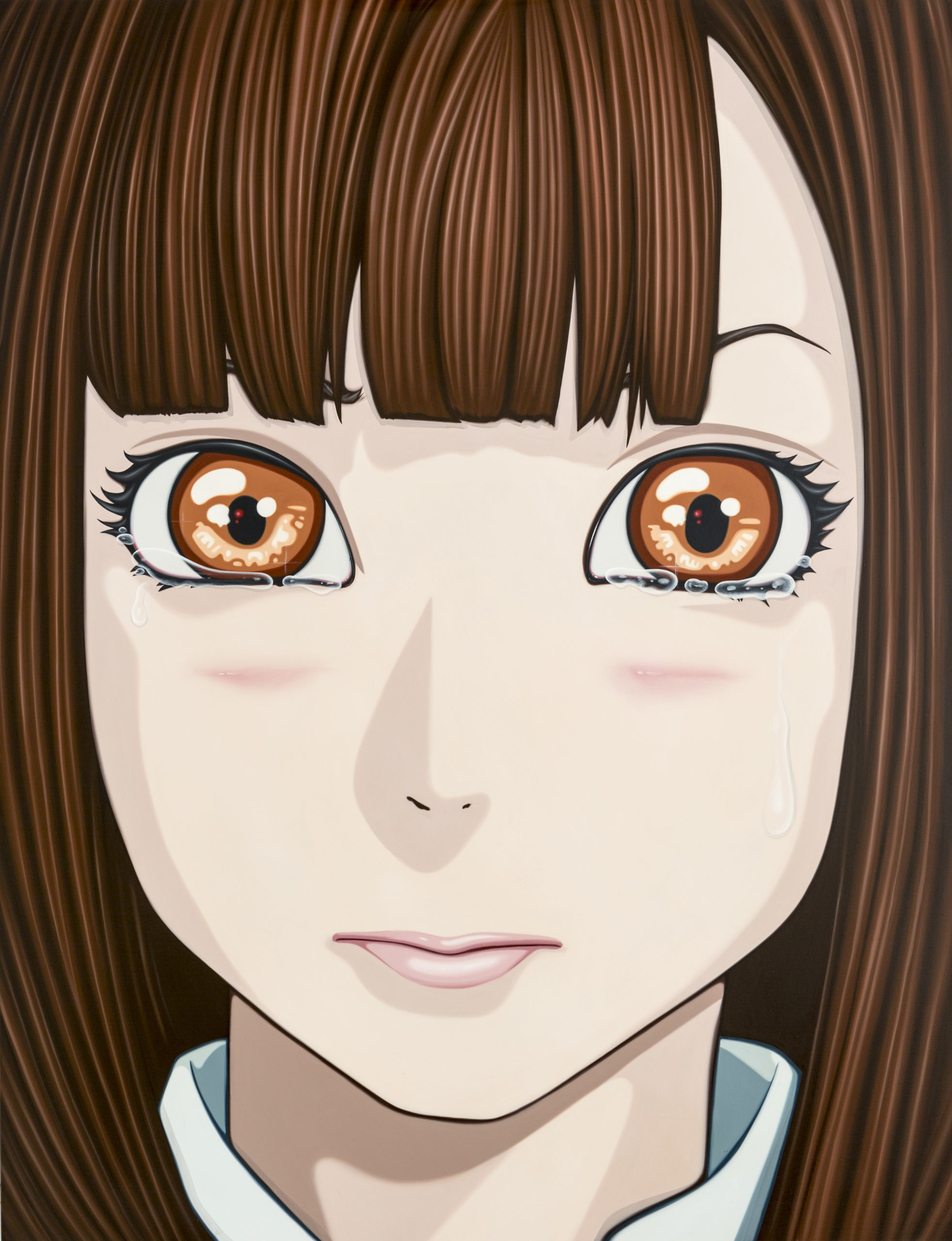 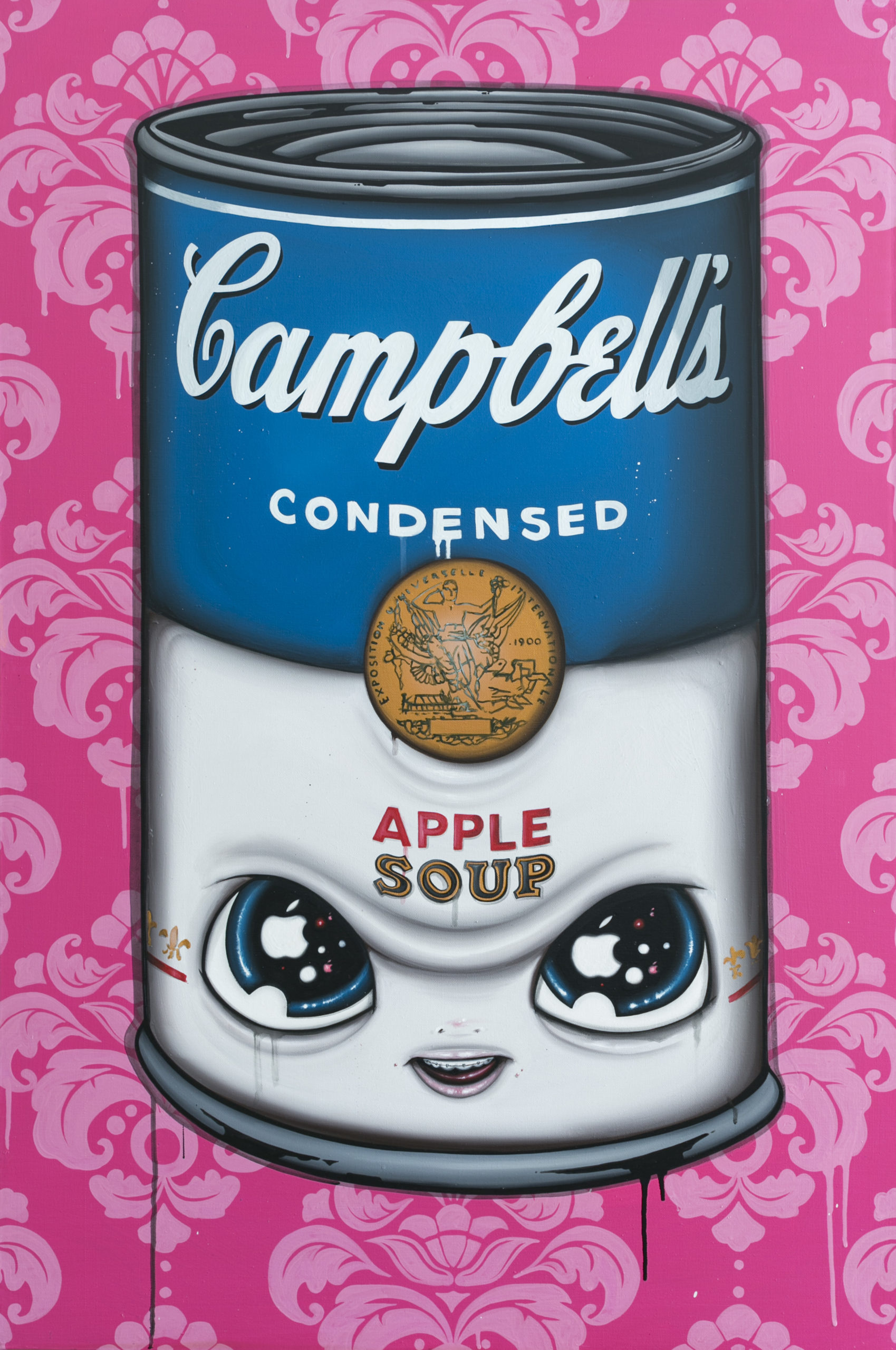 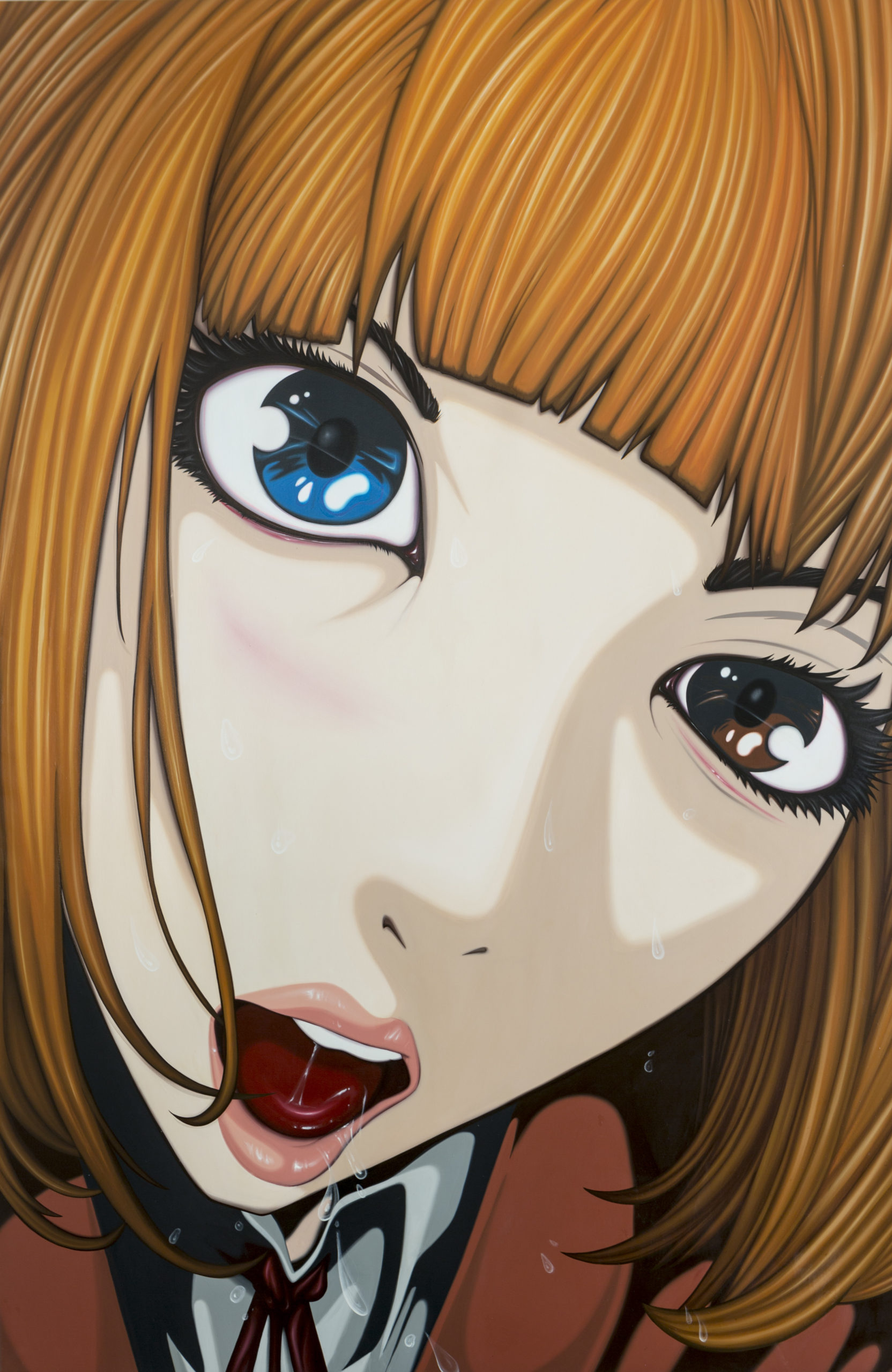 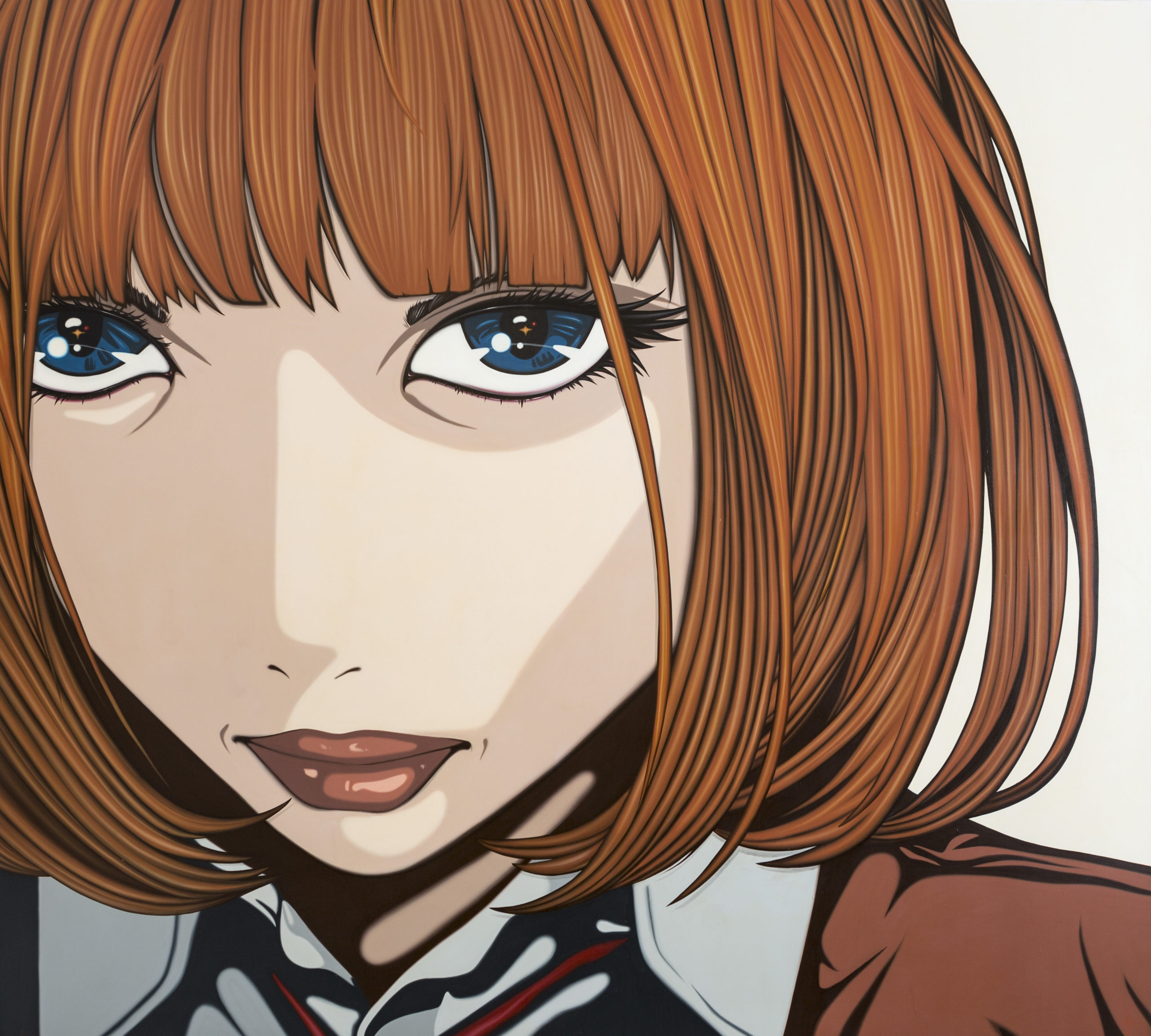 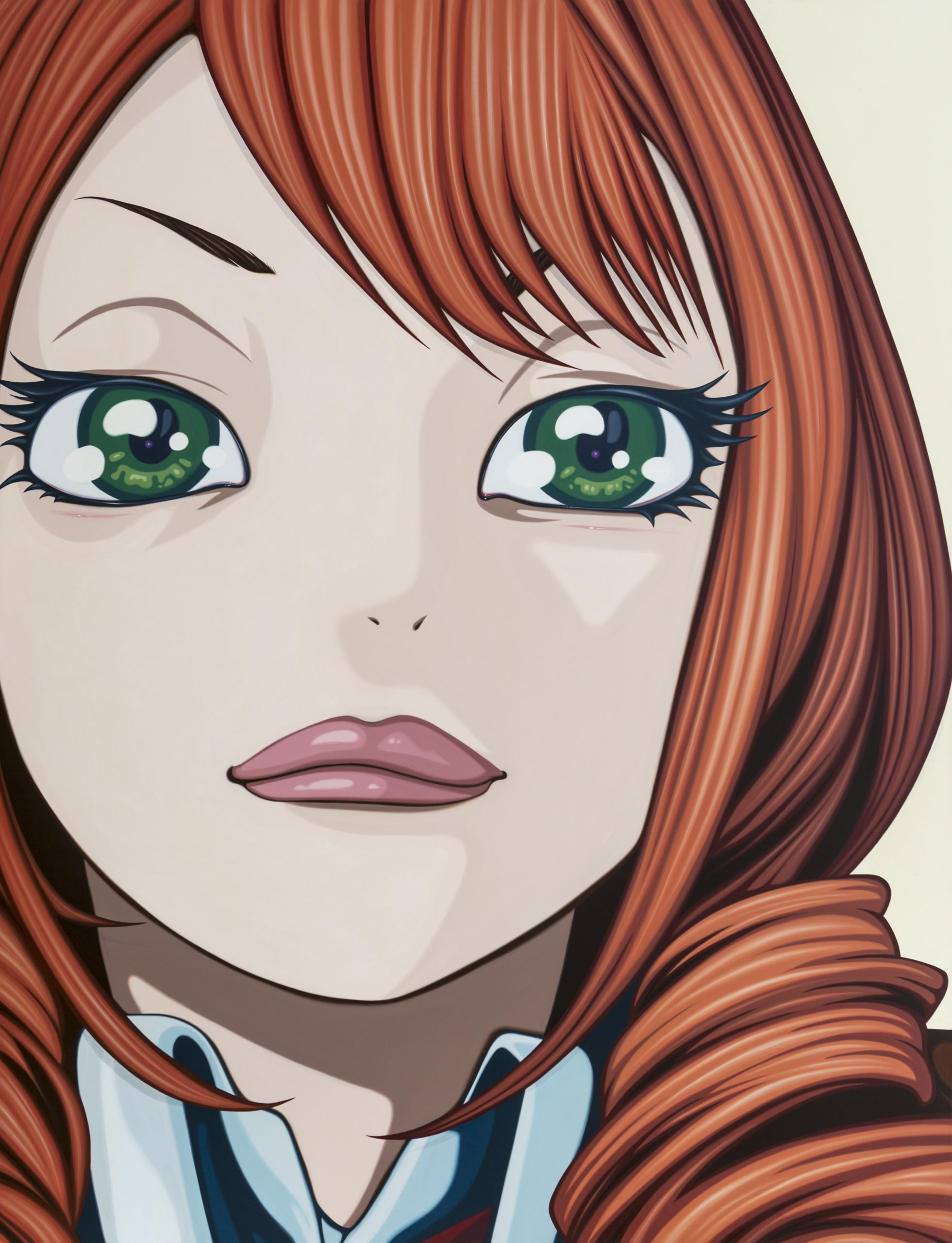 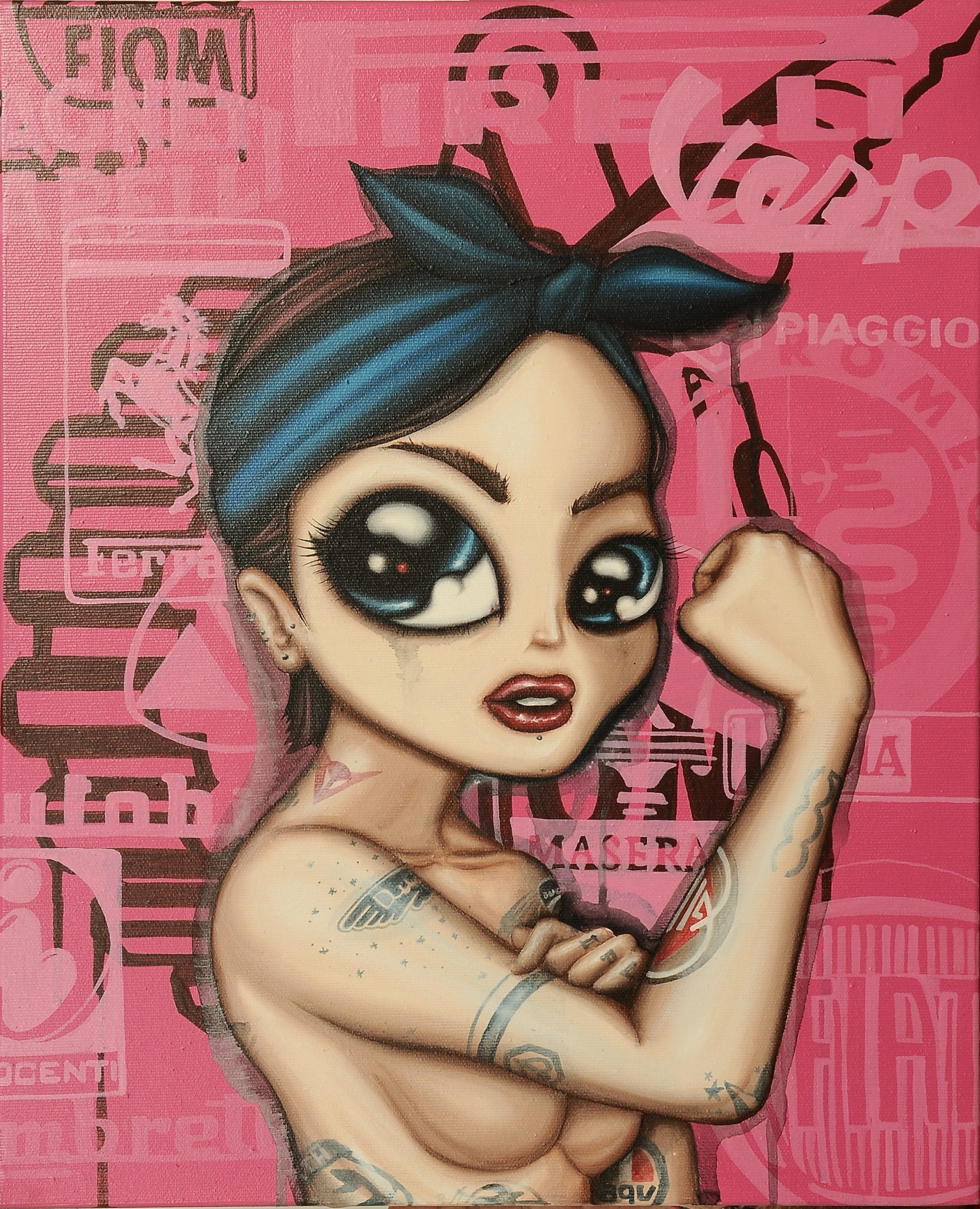 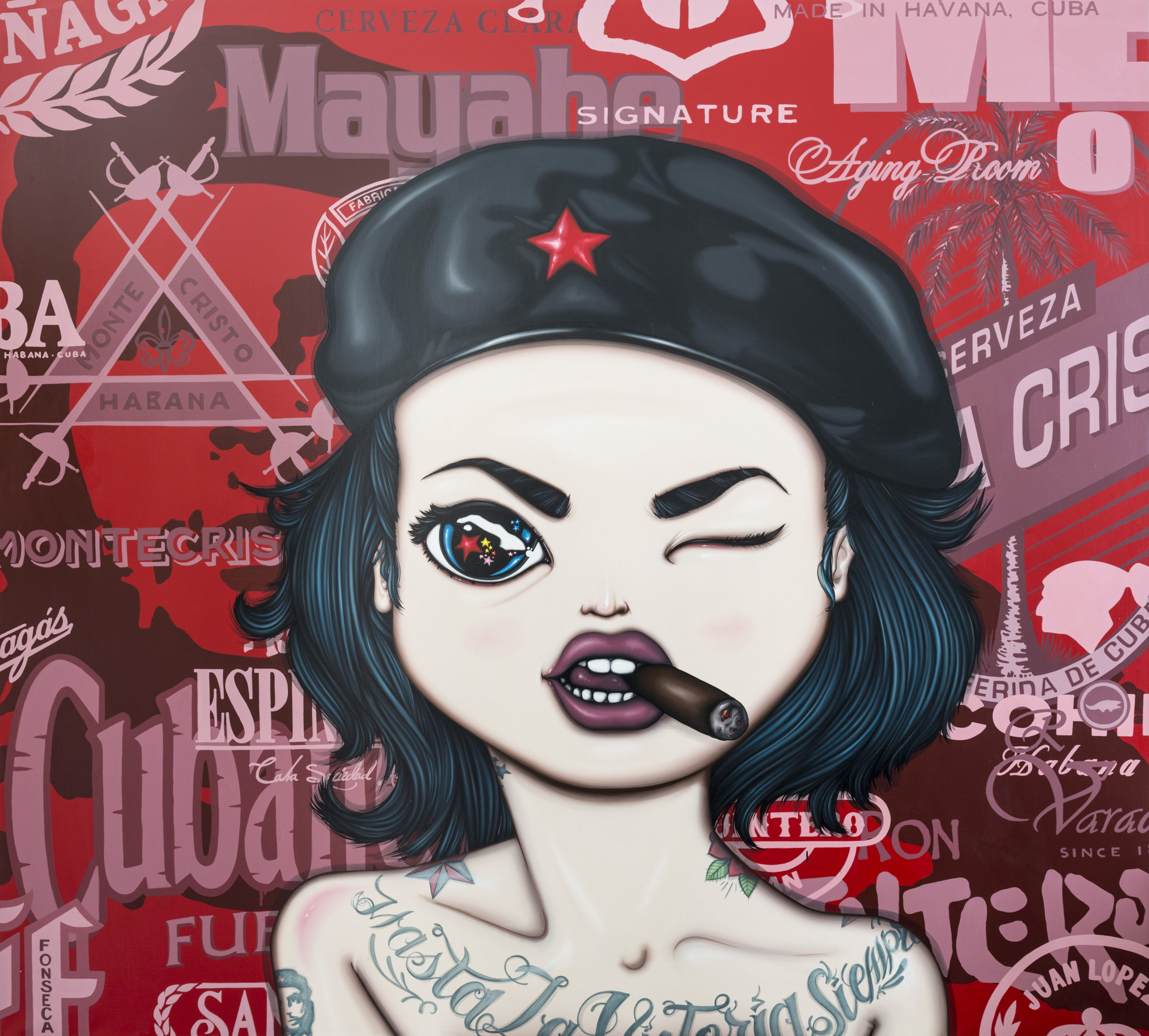 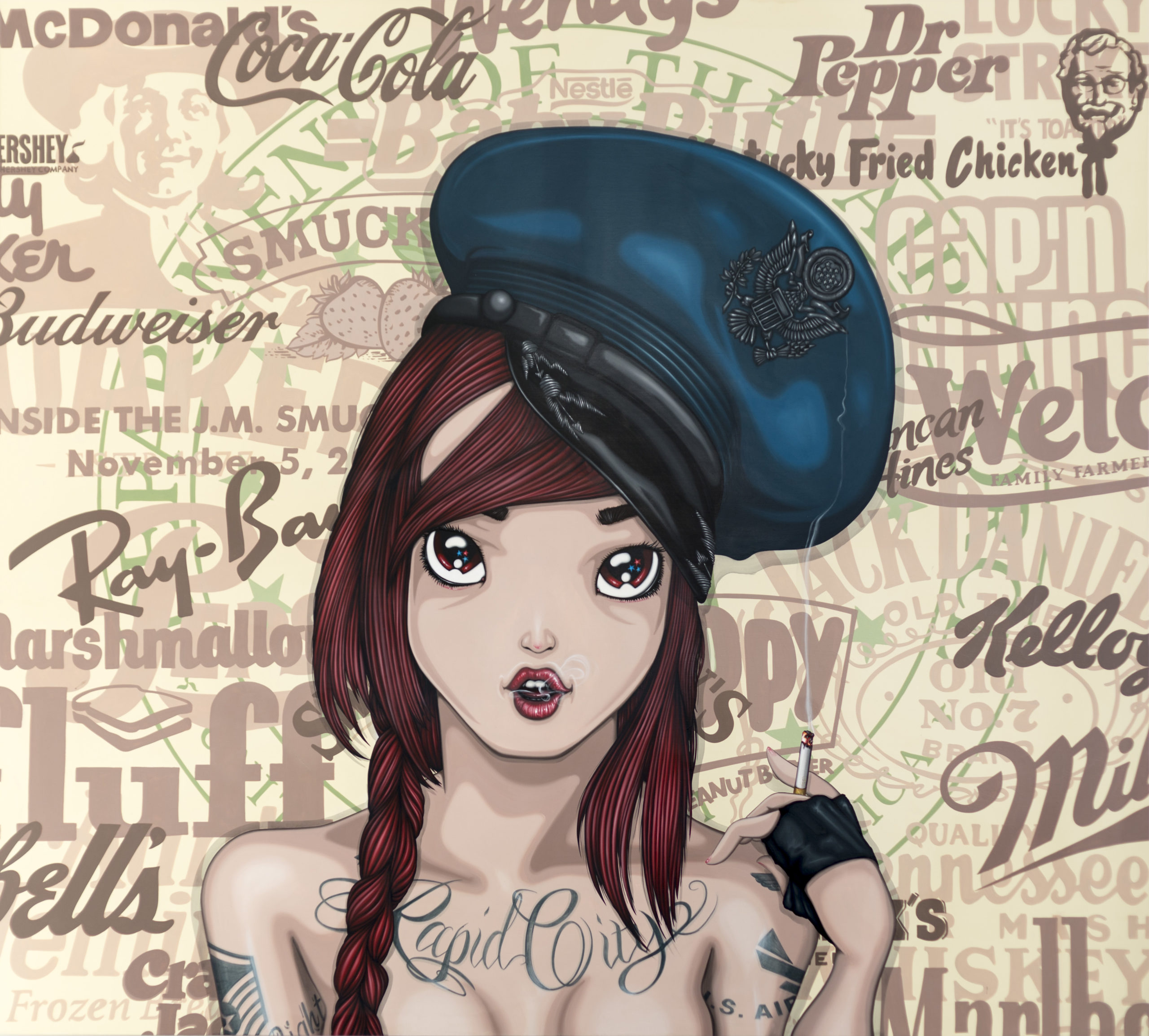